Creative industries in the UK combine individual creativity, skill, and talent to generate and exploit intellectual property in a way that leads to both prosperity and jobs across the country. The UK is a global leader in the creative industries with a successful history of global trading. UK creative industries contribute more than £110bn p.a. (6%) GVA to the UK economy and employ more than 2m people, and deliver approximately 11 per cent of all UK exports. Creativity is the UK's calling card to the world and has long been one of the country's biggest success stories, and our global reputation for ideas, talent, and imagination is seen in our films, TV programmes, advertising, music, design, architecture, video games, animation, publishing, visual effects, and the experience economy.The Industry Strategy sets out the objective to increase UK Creative export by 50%by 2023.

The UK’s creative industries are now worth £111.7bn in Gross Value Added

The UK is the largest exporter of physical books in the World, with a share of 17% of World physical book exports, followed by the USA with 15%, Germany 10% and China 8%.

The UK qualifying films shared 16 per cent of the worldwide box office in 2016, with earnings of $6.5 billion, the second largest total since records began. Four of the top performing films in 2017 at the UK box office were made in the UK, using the UK’s facilities, talent, crew and locations, demonstrating the strength of the UK as a global production base.

The UK is a world leader in producing high quality programmes that are popular with viewers around the world. The sales of TV content globally and revenues continue to rise. The total revenue from the international sale of UK TV programmes and associated activities was £1.4bn in 2019.

The UK has the highest number of games development companies and publishers in Europe; and it’s the 5th world’s largest consumer market.

The UK is a leading source of world-class creative content in China, with this success particularly apparent in the popularity of British television shows: dramas such as Downton Abbey and Sherlock, children's programmes including Peppa Pig, Shaun the Sheep, Winnie the Pooh, and Thomas & Friends, and factual documentaries such as the BBC Planet Earth series.

The UK remains the second largest seller of rights to Mainland China (after the USA).

The UK gaming sector is also a high performer in the Chinese market, with both small- and large-scale production studios establishing relationships and securing commercial deals.

British creative services are also highly sought after by China in areas ranging from post-production and visual-effects to the strategizing and planning of advertising, while British producers in the fields of film, TV, and theatre are also in demand as a growing number of Chinese productions either involve non-Chinese elements or are seeking higher production qualities.

UK workforce is highly skilled and with government incentives such as the Video Games Tax Relief and government commitments outlined in the Creative Industries Sector Deal, the UK provides the resources and support needed at a competitive cost.

The UK is a world-leading hub

UK creative pioneers and entrepreneurs pride themselves on working in cross-disciplinary collaborative teams, providing business with the creative imagination that drives commercial success.

world-leading and offers a robust ecosystem for development and innovation

The UK industry is the 6th biggest globally and the 2nd largest in Europe。The spend on the UK games market is worth £5.7 billion .2261 companies in the UK across all games technologies and sectors: mobile, PC, console, VR / AR, esports and AI.

The UK Games Industry is world-leading and offers a robust ecosystem for development and innovation. The UK industry is the 6th biggest globally and the 2nd largest in Europe。The spend on the UK games market is worth £5.7 billion .2261 companies in the UK across all games technologies and sectors: mobile, PC, console, VR / AR, esports and AI.

UK is Top 3 for Music market globally with strong supply chain in Music creators, Recorded music, Music representatives, Music publishing, Live music sector. The UK music industry is worth about £5 billion a year, of which about £1.3 billion is exported, making its net export earnings bigger than that of the UK steel industry. In terms of music sales, the British market is the third largest in the world; Music production accounts for 15% of the global music industry, second only to the United States. There are more than 2,000 record labels, 1,000 professional music producers and more than 300 recording studios. The Musicians' Union of Britain is bigger than the Mineworkers' Union of Britain. The UK is also home to world-class music festivals such as Glyndebourne and Glastonbury. The UK is also a stop on tour for some of the world's most famous musicians.

The British television industry, worth about 12 billion pounds, enjoys strengths in programming, digital television and animation. Britain has 600 television channels that produce 27,000 hours of content a year, much of it sold overseas. The UK leads the world in the development of television formats, accounting for 53 per cent of the global market.

The British advertising industry has a global reputation for innovation and originality. English has made Britain the most important advertising hub in Europe. More than two-thirds of the world's advertising agencies use London as their European headquarters. With 13,200 agencies, the UK is the most developed integrated media hub in the world and is conducting much of the most advanced digital advertising research. Over the past 25 years, UK agencies have produced some of the world's most famous and innovative advertising, winning many prestigious awards around the world.

The UK is renowned for its performing arts, including theatre, stand-up comedy, symphony orchestra, opera, dance, carnival and circus. There are about 600 performing arts festivals in the UK, such as the Edinburgh Festival and the Notting Hill Carnival. The English National Opera and Ballet are famous all over the world.

Contact our expert team in China to learn more about how DIT can support your business. 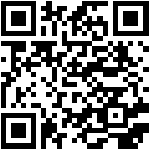