Known for its excellence in the education and skills sector, the UK is a leading provider of educational resources. It is the most compatible partner for China. With its rich experience in education and training, the UK shall provide significant support to China for its industrial upgrading. The UK is also able to fulfil the sector’s needs in the future with its continuous innovation and development of educational resources, software, hardware and educational materials, and the globally recognised high standard and high efficiency of the UK education.

We welcome students and investors from the world to choose the UK as the destination where they could study, do business, invest and thrive. The UK will continue to attract and bring together the brightest minds across the global. In 2020, the UK government launched the new student immigration route which allows them to switch into other routes from inside the UK. The Graduate Route due to take effect in summer 2021 will allow eligible students to remain in the UK for up to 2-3 years for work or job seeking after graduation.

As an important part of the British government, the education and skills team of the Department for International Trade (DIT) is committed to help UK delegates to develop UK-China partnership in education, and to develop effectively all-encompassing solutions in early years (EY) education, K-12 schools, all-round education (ARE), technical and vocational education and training (TVET), higher education (HE), English Language Training (ELT) and educational technology (EdTech) etc.

The China education market will be worth £570bn annually by 2025

of Europe's education technology companies are based in the UK

support from Chinese Central Government for the development of preschool education

UK higher education has a well-established reputation for high quality. There are 18 British universities in the QS World University Rankings top 100 rankings, with over 50 universities having served world leaders.

£92.4 bn public spending on education in the UK

Public sector spending on education in the UK reached £92.4 bn in 2019/2020 which ensures the standard of the UK educational offers.

Spending on education takes up 20.6% of overall household expenditure in Chinese families; 14.6% of Chinese households spend over 50% family income on education.

Opportunities in the Education and Skills sector

The new International Education Strategy issued by DfE and DIT in 2020/21 puts education export on the top agenda cross White Hall and aims to increase student numbers to 600,000 and education exports to £35 billion by 2030.

The China education market will be worth £570bn annually by 2025, with an in average 11% yearly increase rate and 1-3% addressable market for the UK (£5.7-17bn/year). Favourable factors behind the huge market potential include: China’s middle-class growth (550m by 2022) and heavy investments in education, rapid urbanisation, Two-Child policy, rising government spending, ever-greater internet penetration, and the huge vocational/professional talent up-skilling needs due to industry transformation towards a service and skill-based economy and China’s BRI/going global ambitions.

Aligning with objectives in the 14th Five-year Plan, the State Council and the Ministry of Education (MoE) announced plans to modernise education by 2035 and promote ‘education informatisation’ (i.e. EdTech/online learning), which charters its long-term path to shift focus from quantity to quality and equality. With seven of the world’s ten largest EdTech unicorns, China is the world’s largest market for EdTech. The COVID-19 crisis activated over 300m online edu users, brings dramatic and permanent changes to the market and greatly accelerates online edu development. Market feedback shows OMO (online-merging-offline) will become an important business model for most edu sub-sectors in future; another sub-sector that is worth more attention is Technical and Vocational Education and Training (TVET) which is the most open sub-sector according to MofCOM Negative Lists updated in July 2020 in terms of WOFE establishment.

High international recognition: the UK boasts a world renown TVET system, a variety of UK sector standards and qualifications are widely recognised by the international community.

Advance with the times, seek innovation and change: the UK’s TVET system has gone through centuries of continuous development and remains a dynamic system. With the UK’s economic and industrial development, the TVET system has been exploring new frontiers through innovation and transformation. For example, the new ‘degree apprenticeships’ and ‘T Levels assessment’ launched by the British government are significantly improving the overall skills level of British citizens and employment rate. The development process and achievements of the UK’s TVET system could provide numerous valuable insight for China’s TVET reform.

The right language and culture to meet demands from the Chinese market: similar to what it is in China, most TVET higher education institutes and colleges in the UK are public institutes. Also, English originates from the UK, it is the most ubiquitous foreign language learnt by students in China. This has built solid foundation for the UK and China to communicate and exchange at all levels around TVET effectively.

EdTech is one of the UK’s fastest growing sectors, and the value of technology within the UK system has been widely recognised. The UK can develop bespoke EdTech products and services based on local demands from the Chinese market, such as teacher training, personalised student learning, innovative education models and education information platforms. Together, experts from both countries can jointly deliver sustainable models for development and create long-lasting strategic partnerships. At present, many UK EdTech companies have already established important partnerships with China. These industry leaders provide China with next generation EdTech services and products. They promote relevant applications to governments, enterprises and citizens of both countries. UK companies are solving real education challenges, pushing forward continuous innovation and development in the education sector.

The UK has more than 100 years of domestic and international English language training experience, and has the most abundant English training content and resources.

In terms of the curriculum, English language training courses in the UK cover students’ entire lifespan from early years to adulthood; in terms of the industry, English for specific purposes trainings in the UK also cover a variety of industries including finance, healthcare, law, real estate and sports, etc.

In terms of traditional teaching materials, the UK and China have long standing collaborations in the English language training sub-sector. A considerable share of English educational materials taught in the Chinese public education system come from British companies including Pearson, Oxford University Press and Cambridge University Press, which has built a solid foundation for British style system.
With the rapid development of the Chinese domestic economy, more parents are sending their children abroad for summer camps and winter camps. The UK is increasingly becoming the preferred choice for Chinese parents.

In terms after-class foreign language training, the rich and diverse educational materials form the UK which covers all age groups are perfect to match the development trends in the Chinese market where more English language trainings are going online and extending to younger learners.
*The UK is home to 570 officially accredited language study centres.

British schools are renowned in China for its high quality, they are the preferred partners by potential investors and operating partners of school projects. As global leader in the education sector, British schools have internationally recognised qualification system, advanced teaching philosophy and teaching methods with English as a medium, extensive and in-depth curriculum design and strict inspection system. British curricula are the most popular international courses in the world, taking up more than 40% of the market share globally. GCSE and A-level assessment systems are widely recognised by universities and employers all over the world. British schools aim to cultivate students’ unique characteristics, their abilities in self-discipline and self-esteem, combined with academic requirements on students' capabilities in STEM, sports, music and drama, to achieve the students’ all-round development. British curricula are very inclusive, they are able meet the needs of students at all competency levels, including students with special needs and disabilities (SEND).

British schools are supervised by the inspection bodies including Ofsted in the UK, which guarantees high standards in teaching, learning, leadership and operation management. There are more than 6000 British-style schools around the world. British-style schools entered the Chinese market at the beginning of the 21st century, the earliest British brands include Dulwich and Harrow (schools for children of expats), etc. In recent years, established British school brands in China are developing private bilingual schools to recruit Chinese students. Meanwhile, a new batch of British schools have started to explore collaborations with Chinese partners and implemented relevant projects in this pursuit. Based on statistic from the Department of International Trade, as of 2020, 26 British school brands have set up a total number of 64 campuses in China.

High international recognition: the high quality of British higher education is recognised worldwide. Higher education institutes in the UK have the second largest number of presence amongst World University Rankings Top 200. Empowered by a strong innovation system for education, the UK is able to generate a plethora of educational research and development achievements, putting the UK in the world leading position in the education sector.

The right language and culture to meet demands from the Chinese market: similar to what it is in China, most higher education institutes in the UK are public universities. The English language originates from the UK, it is the most ubiquitous foreign language learnt by students in China. Communication and exchange at all levels between the UK and China in higher education is empowered by a cultural compatibility.

The British early years education system covers a young learner’s education between the ages of 0-5 years old. It has developed a robust policy, teaching, talent training and supervision system, which can provide well-established experience to the development of China's childcare system and propel its improvement.

There are seven major areas in the British early years education system: the basic areas include linguistic and communication skills, physical balance skills and social interaction skills; specialized areas include literacy, numeracy, the ability to perceive the world and the ability to undertake simple artistic design. These seven areas from the UK early years education system not only reflect but also supplement the five main areas of learning and development for children between the ages of 3-6 outlined in relevant guidance from Chinese Ministry of Education, including the learning and development in health, language, society, science and art subjects.

Apart from the seven major areas of the British early years education system, the UK is keen on guaranteeing the children’s safety. At national level, there is not only a well-established child protection system, but also childcare practitioner training programmes where the children’s safety is built in as an important module. This resonates the vigorous progress in child protection and campus violence prevention in China. One of the essence of the UK’s early years education is ‘learning through play’, which echoes the ‘de-primary-schoolisation’ initiative among Chinese kindergartens.

The UK has so much successful experience to share in education environment building, the design of education modules and parent-teacher interaction, etc. As Chinese families paying more and more attention to children education, along with the families’ stronger economic status, there is a growing demand from Chinese parents for their children to start English language acquisition from younger ages.

The popularity of bilingual kindergartens has significantly increased, K-12 early years education system has become increasingly sought after. The UK’s K-12 education system has a 40% market share in the global market. Many British-style schools has incorporated kindergarten as part of theirs offers. For example, Wellington college and Dulwich college, etc. There are many more excellent K-12 schools that are working as service providers for kindergartens in the UK. They have made it possible for UK companies to help company educational organisations to develop the whole range of K-12 education in the future.

You can speak to our expert team in China to learn more about how DIT can support your business. 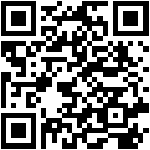