The UK has unrivalled experience and expertise in the sports economy, with its companies leading the way both at home and overseas. UK companies have a reputation for creative and ingenious solutions that respect tradition and leave a sporting and cultural legacy.

UK is the home to many modern sports and owns world-class sporting events such as Premier League, Formula One, Wimbledon, World Snooker Tournament, Royal Ascot, and Clipper Race.

The sports business sector is growing in economic importance. The sports sector itself contributes over 37 billion pounds to the UK economy and employs more than 1.2 million people. British events in sports like tennis, golf, horseracing and equestrianism are well-known for attracting the highest audiences in their respective sectors.

Sports governance and consumption have been successful in UK`s social ecosystem. In 2018, the live attendance of sporting events is up to 74.5m people and the tickets revenue is about 1.9 billion pounds.

The sports related employment is about 1.2m, 3.7% of total UK's total employment. UK's sports exporting is growing steadily and 66% of exports are sports services.

British sports content/IP is considered to be the creation, development and ownership of sports leagues, events, clubs, teams and atheltes. The UK is home of the world's most recognised and valuable sports content/IP. The UK's sports content/IP are intangible assets that attract spectators and viewers, encourage participation, generate consumer expenditure on sports goods and support the provision of sports services.

Supported by a world-leading infrastructure, football's global appeal showcases a compelling spectacle of talent and passion, and the UK's globally-renowned expertise in football continues to act as an attractive asset.
Since its inception in 1992, the Premier League has led the way in redefining the sporting and fan experience, becoming one of the leading global sports brands and the undisputed leading football brand globally. Not only are more fans than ever watching in fantastic stadiums, it is one of the UK's most recognised brands, supporting more than 100,000 jobs. 800,000 tourists attended a match in2019 and the Premier League is broadcast to 730 million homes in 185 countries.

From stadium design and broadcasting to technological innovation, branding, and communications, the UK has proven expertise and a pedigree in every aspect of sports development and the staging of major sporting events.

Many of Formula 1's constructors are based in the UK

Many of Formula 1's constructors are based in the UK, further emphasising the strength of the country's world-class talent, innovation, and creativity as it drives one of the globe's most watched sports. Motorsport as a whole is popular in China, with the Formula 1 Shanghai Grand Prix and other types of racing thriving there.

The UK has a comprehensive supply chain of the sailing industry, covering event IP, training, equipment manufacturing, and services

UK has Five big sporting events which are well known in China. F1, World Snooker Tournament, Clipper Race have landed China for more than 15 years. Premier League and Wimbledon have been broadcasted in China and attracted millions of fans to watch. At same time, cycling and other outdoor events are trying to enter China market.

Contact our expert team in China to learn more about how DIT can support your business. 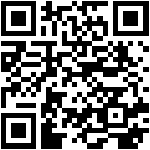